The effluents generated from textile dyeing units create major environmental problems and issues both in public and textile units. Industrial wastewater treatment is one of the major problems in the present scenario. Generally, synthetic dyes can be classified as anionic (direct, acid and reactive dyes), cationic (basic) and non-ionic (disperse). Anionic dyes (direct, acid and reactive) represent 20–30% of commercial dyes used. Azo dyes are the largest chemical class of dyes with a great deal of structural and colour variety used in industries representing up to 70% of the annual production.
Synthetic dyes are released into the environment from textile industrial effluents the release of dyes into the environment constitutes only a small proportion of water pollution, but dyes are visible in small quantities due to their brilliance. Tightening government legislation is forcing textile industries to treat their waste effluent to an increasingly high standard. The main important pollutants in textile effluent are recalcitrant organic compounds, colour, toxicant, inhibitory compounds, surfactants and chlorinated compounds. During processing, 5–20% of the used dyestuffs are released into the process waterand. In addition to their visual effect and their adverse impact in terms of
chemical oxygen demand, many synthetic dyes are toxic, mutagenic and carcinogenic. 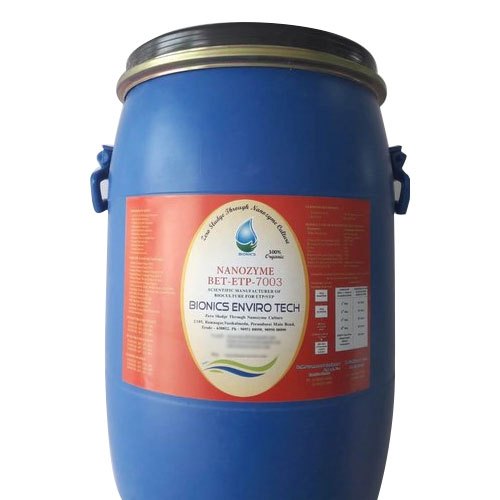 MICROBIAL CULTURE / BIO CULTURE FOR CHEMICAL INDUSTRIES
The chemical industry is of importance in terms of its impact on the environment. The wastewaters from this industry are generally strong and may contain toxic pollutants. Chemical industrial wastes usually contain organic and inorganic matter in varying degrees of concentration. It contains acids, bases, toxic materials, and matter high in biological oxygen demand, color, and low in suspended solids. Many materials in the chemical industry are toxic, mutagenic, carcinogenic or simply hardly biodegradable. Surfactants, emulsifiers and petroleum hydrocarbons that are being used in chemical industry